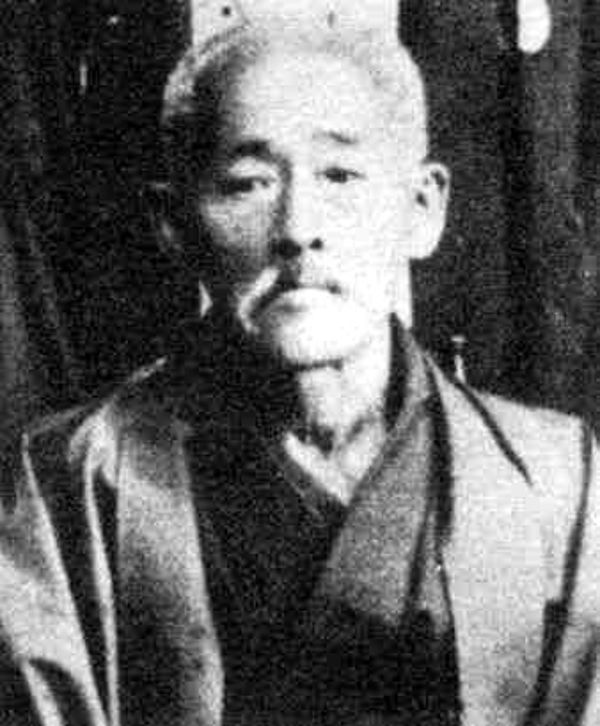 According to late Dr. Shiro Hattori, a Japanese linguist Okinawans and Japanese share the same linguistic family lineage. They, however, apparently separated at least two thousand years ago, so the two do not sound like the same language. Both linguistic cultures adapted Chinese characters for writing both family and given name. And yet, the Okinawan pronunciation of their family names is not neccessarily same as the Japanese pronounciation. For example, the surname can be pronounced “Higashionna” by the Japanese, thus those who have that surname in the current island now pronounce their name “Higashionna”.The prominent historian, Dr. Kanjun Higahionna, claimed his family name should be pronounced “Higashionna”. The historian, in fact, is related to Kanryo Higaonna. Ever since the Japanese government enforced Okinawa to be part of its prefecture in 1872, all the islanders had to speak standardized Japanese as the official language.

There was a time in Okinawa when the same surname was pronounced “Higanuma”. During my childhood, I was more accustomed to calling the Naha Master, Kanryo Higanuma. Neverthless, “Higaonna” was the commonly accepted pronunciation for that surname after his death in 1915. During his time everyone called him “Higanuma”. Kanryo Higaonna was born March 3, 1853 during the time when Okinawa Island was occupied by the Satsuma Clan of Japan. According to the recent study of Iken Tokashiki, President of Okinawa Goju Ryu Tomarite Karate-Do Kyokai, Kanryo Higaonna was born at Nishimura of Naha City as the fourth son of Kanryo Higaonna, , the 10th generation of Higaonna family in Haru, 畑. lineage.*

Kanryo Higaonna visited Fuchou, China, around 1877 for three years. There is another account in regards to his visit to the city. It is said that he visited the port city in 1873 for fifteen years. Some Martial Arts historians explain his motives of visiting the city were to study the Chinese Martial Arts. Higaonna did, in fact, study a Southern Shaolin Chun style, during his stay in that city. However, his initial reason for visiting China was explained by other historians that it was the result of his political involvements.

In 1868, Japan experienced a major reformation in its history when the Shogun, Tokugawa was over turned by the liberal clans of Emperor Meiji. During the Tokugawa Shogunate era, Okinawa was part of the Satsuma Clan, the south end clan of Japan while the island also maintained their administrative connection with the Chinese government.

The Meiji Reformation brought Japan nationalism. The Meiji government wanted Okinawa as its sole affiliation and wanted the island to discontinue its trade with China. Okinawa, at this time, was divided into two political factions one was pro-Japan and the other was pro-China.

One close associate of Kanryo Higaonna was Lord Yoshimura, who had an enterprising trade of tea between the city Fuchou and Okinawa. He was a prominent pro-China activist who tried to block the Japanese settlement in Okinawa. According to historians, Higaonna carried a letter of referral for Lord Yoshimura for his trip. Higaonna never explained to anyone about the letter and stowed away with a few companions for China. In the city of Fuchou, there was a consulate of Okinawa called Ryukyu Kan, or. Apparently, the Ryukyu Kan represented an Okinawan petition then to the Chinese Government requesting its international pressure against the Japanese occupation of Okinawa. One possibility was that Higaonna was a chosen messenger by the pro-China Okinawa for updating others of the situation on the island. In 1879, two years after Higaonna’s departure, Okinawa was officially ordered by the Japanese government to become its prefecture with presence of an army of Japanese police and officials. It was an extremely intense period of time for Okinawans so that earlier assumptions that Higaonna left for China for the purpose of inquiring study of Karate was unlikely.

It was said that Higaonna stayed in China for three years. During his stay, he supported himself by making and selling bamboo wares. Also, he had an opportunity to study some of the Chinese Martial Arts in the city. According to Reikichi Ohya, Higaonna was one of those who studied from a Chinese named Wei Shinzan. Wei was the student of Leu Luko who also taught Higaona so-called Fukien Crane Chang. Fukien Crane was a combined school with White Crane of South Shaolin Chang and Four Ancestor Chang.

In China, there were two counter parted arts of Chang, or fist. One is categorized as Hard style 剛拳, or External style. The other is Soft style 柔拳 or Internal style. Hard and External style represent Zen Buddhist initiated school such as various branches of Shao-lin Chun, and Soft and Internal style represent Yee Chuen, Pai Kua Chang, and Tai Chi Chuen. The Chinese system of fist that Kanryo Higaonna studied from Wei Shinzan and Leu Luko was also known by its name Pan Gainoon, which literally means “one half is hard and other half is soft”. Those kata practiced in the current Goju-Ryu school like Sanchin 三戦, Sanseiru 三十六, Pecchurin all originated from that style.

Prior to visiting China, Higaonna studied Naha-te from Seiso Aragaki, (1840-1920) of Kume. Aragaki was well known among Okinawans with his favorite Kata called Seisan, 十三歩. Unlike Shuri-te, Naha-te represents newly imported Chinese forms from Fukien Province of China. After his return from China, Higaonna systemized the Naha-te with contemporary Chinese art, thus it was called To-te, 唐手 or Chinese Hand.

The history of Goju Karate was initiated and continued by its founder, the honorable Chojun Miyagi. Mr. Miyagi was born into an old family in 1887 in Nara City, Okinawa. In those days there were two schools of Okinawan Karate: Higanuma Kanryo’s “Naha-Te” and Matsumura Soshu’s “Shuri-Te”. Mr. Miyagi learned Naha-Te from Mr. Higanuma. Aside from traditional Okinawa-Te, Mr. Higanuma also studied the Chinese Kempo of Darma while visiting Fukien Province in China. He was therefore able to unite some aspects of Okinawa-Te and Chinese Kempo. He called his form “Schorei School” and was highly respected as an expert. When Mr. Miyagi was fourteen years old, he started to learn Naha-Te from Mr. Higanuma. The Master recognized Mr. Miyagi’s excellent ability and after two years ordered him to sojourn in Fukien Province, China to learn Chinese Kempo. Mr. Miyagi left for China in 1903 at the age of sixteen. There he studied Kempo for two years.

During his sojourn in China, Mr. Miyagi developed a very effective method of using breathing and spiritual training in Zen philosophy. Upon his return, no one in Okinawa could withstand him as an opponent, since he had mastered excellent arts and had become a young expert. Studying hard, he compared Naha-Te und Chinese Kempo. It was at this time that he created the forms of “Sanchin” and “Tensho”. Following this, he organized Goju School Karate by reorganizing the characteristic points of Naha-Te and specific methods of Chinese Kempo. To this he added his own unique ideas. 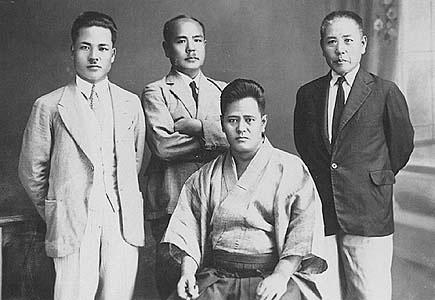 As a result, he was able to teach at Okinawan Prefectural Police School, Okinawan Normal School and Okinawan Citizen Welfare Training Institute, etc.

In 1929, he was invited o travel to the main Island of Japan to teach Karate at the Kyoto Imperial University, Kansai University and other institutions of learning. At that time, he also received an invitation from the Ritsumeikan University.

In those days, Mr. Miyagi regarded me highly and decided that I was to become his successor. He asked me to do all in my power to spread Goju School Karate. Since then, I have followed this course of action.

Mr. Miyagi was also invited by the Yokoku Shipo Press to teach in Hawaii for one year. In this way, he contributed to the spread of Karate to abroad. Following World War II, he helped the people in Okinawa as a physical training official. In October of 1953, he died at the age of sixty-five. 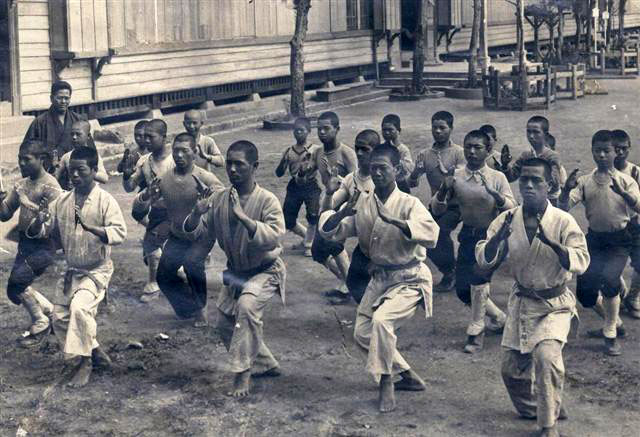