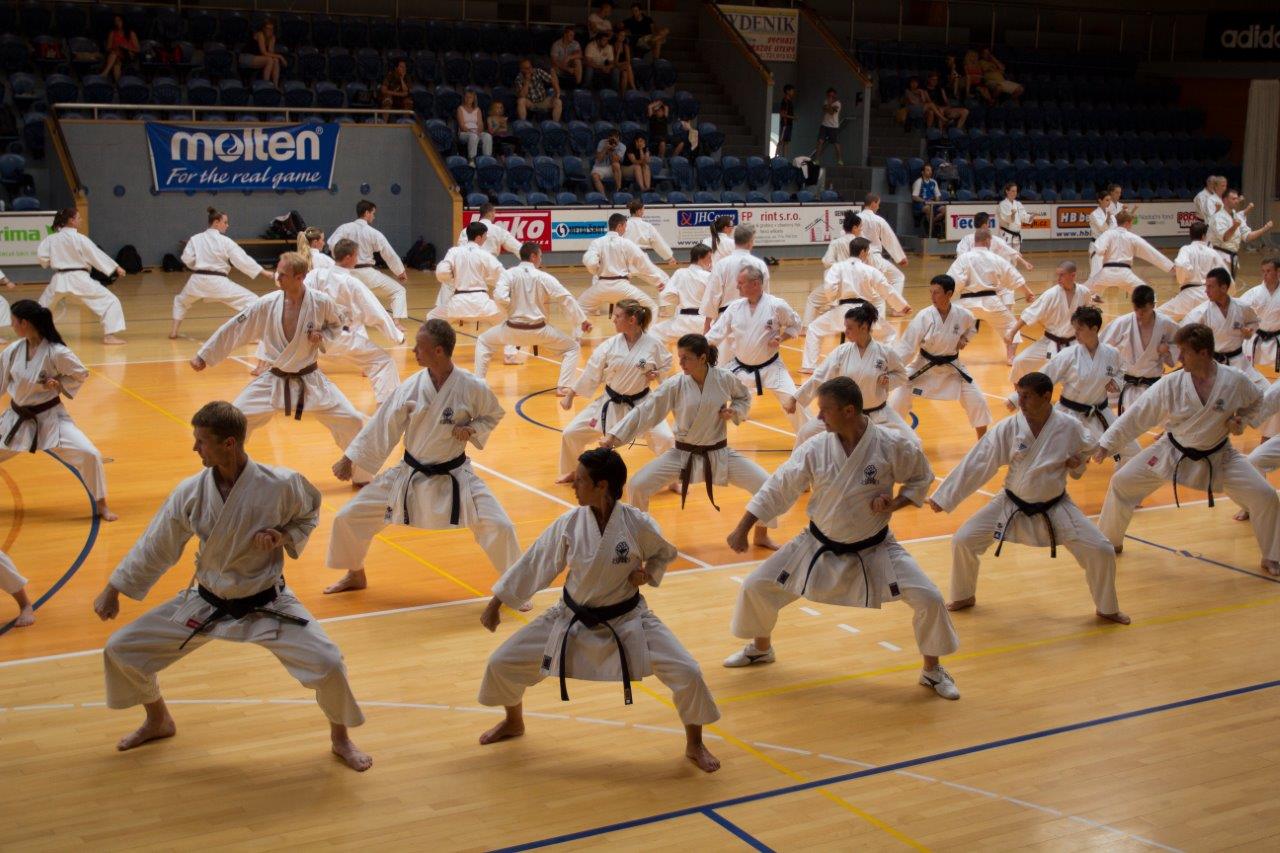 Kihon means “basics” or “fundamentals”. The term is used to refer to the basic techniques that are taught and practiced as the foundation of all Budo.

The practice and mastery of kihon is essential to all advanced training, which includes the practice of correct body form and breathing, while practicing basics such as stances, punches, kicks, blocks, and thrusts.  Kihon is not only the practicing of techniques; it is also the karateka fostering the correct spirit and attitude at all times. Kihon techniques tend to be practiced often, in many cases during each practice session. They are considered fundamental to the mastery and improvement of all movements of greater complexity.

Basic practice is of two majorprograms: one is for improving kata, and the other is for improving kumite. For the former, it has to be one movement of the kata each time, to practice it accurately and forcefully. For the latter, it should be practiced in the form of “kihon ido” that includes both offensive and defensive techniques of ‘jiyu kumite’; it has to be trained until the techniques can be used subconsciously in a kumite sparring.

Nekoashi dachi Kihon Ido: This kihon ido is applied to nekoashi kihon kumite. The purpose is to execute kumite from the nekoshi dachi stance. Either of the feet will move into another stance with the performance of striking, blocking and kicking. The distribution of weight between the front and back feet is in the ratio of 3-7.

Oyo Ido: The main purpose of this practice is to apply ido to kumite. Movement No.1 to No. 5 is executed from the sanchin dachi and suriashi dachi stance. Movement No. 6 to No. 11 is initiated from the moto dachi stance. Different kinds of ido such as yoriashi, tsugiashi, ayumiashi, hiki ayumiashi, and oiashi are practiced. In addition, tsuki and uke included in this practice are intended especially for kumite (such as hikite- and tomete zuki) and thus different from those employed in kata.