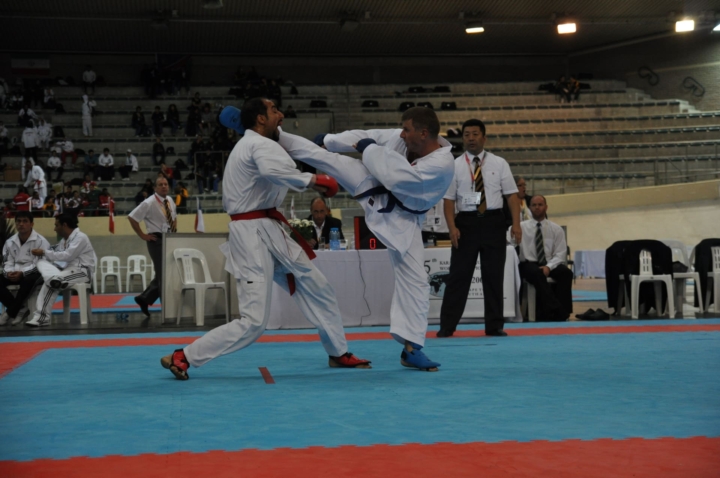 As Goju-ryu kumite has its origins in Fukien Province, Southern China, many of the techniques presuppose combat in a small boat, thereby close combat being the main technique. This is in marked contrast to those schools in northern China which were initiated by the equestrian in the wilderness.

Goju-ryu Kumite is, as its name implies, made up of an infinite combination of the hard “go” and the soft “ju” element. The mixture of the straight and curved lines produces both strong and weak forces, resulting in maximum force being exerted while using a limited amount of power, thus using your opponent‘s strength to your advantage .

The techniques of Goju-ryu kumite can be likened to those of physics. Furthermore, the idea of “soft” is pursued as a mental state as well as physical one. 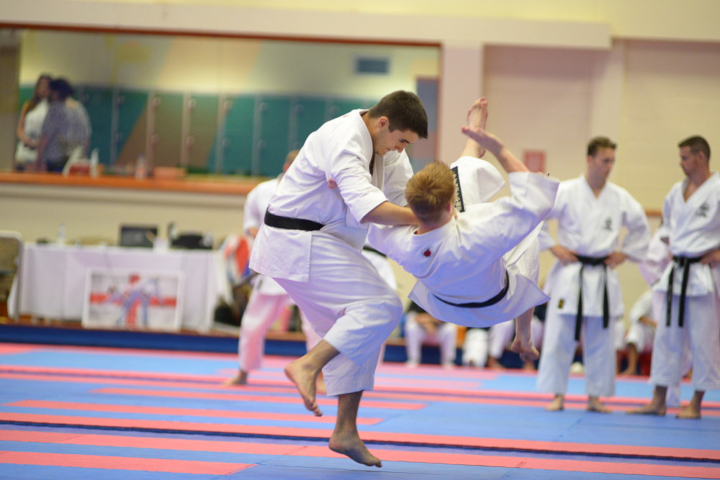 Goju-ryu kumite can also be characterized by a variety of successive close combat techniques. For example “uke” (block) does not mean running away from your opponent. The distance for “uke” is equal to that for offense. The distinction between offense and defense are not clearly defined. The close proximity of the movements requires that you exert the maximum amount of strength by turning your body, hips and shoulders. There are many techniques that make use of[nbsp] “Nekoashi Dachi” (cat stance), which is suitable for moving and turning easily particular during a close fight.
There are various kinds of practice methods such as Heiko dachi Kumite, Yakusoku Kumite, Awase Kumite or Jiu Kumite.